We had the good fortune of connecting with Dr. Marci Batiste and we’ve shared our conversation below.

Hi Dr. Marci, where are your from? We’d love to hear about how your background has played a role in who you are today?
I was born and raised in Iowa. My mother is white, and my father is black. Eight months before I was born, Dr. Martin Luther King was assassinated. My father insisted that my mother terminate her pregnancy. When she refused, he ended the relationship and wanted nothing further to do with her or with me. Leaving this 19-year-old white girl, to give birth to and raise this bi-racial baby and navigate everything that came with that.

Within my family, as with many families, there were a number of dynamics in motion all at once.

As I grew through my early childhood, I knew I was different from my family. Everyone around me was white, my skin was brown. They had straight hair mine was curly. All of my cousins had two parents, I only had one. I felt like I didn’t fit in. Not because I was treated poorly, or even different. Inside me, I wanted my “family” to look like everyone else’s family.

So, when my mother met my stepfather when I was about 6, I was ecstatic. He was a black man like my father, which in my mind meant one thing… Finally, I matched.

Little did I know that excitement would be short lived. He became verbally and physically abusive to my mother. It was a regular occurrence. Every Friday night like clockwork. After dinner he would leave and when he came back it would be late at night.

It would start with yelling and an argument, then I could hear my mother being hit. I could hear her crying, begging him to calm down, to stop. I hid in the back of my closet. Trying not to hear but being unable to tune out the sounds coming from the other side of my bedroom door. The abuse continued for nearly 7 years. Numerous promises were made and broken by my mother. I pleaded for her to make him leave, or for us to escape together. Repeatedly she said we would but that she wasn’t sure she could afford the bills and to take care of us on her own.

When I was 13, I tried to intervene in the middle of a fight in an attempt to defend my mom. At that point he attempted to turn his violence toward me, so I ran. I ran away and refused to come back home until she made him leave. I decided at that time that I would NEVER be in a position to have to rely on a man to take care of me and that I would NEVER be with a man who hit me. I refused to return home until he was gone.

I kept true to my word. I stayed away from home until he was made to leave and as soon as I turned 14, I got my first job. I worked in the concession stand of a movie theater. To me it didn’t matter what I was doing, as long as I was earning money, just in case I had to leave home again. I knew I wouldn’t go back. I was smart, ambitious, and driven to succeed. After all, in my mind, my ability to financially take care of myself, was my first line of defense. And I mastered it.

However, what I did not realize until many years later, was that the damage had already been done. In those early years I had developed abandonment issues from my father leaving and not being there to protect me and my mom. That was his job. I had identity issues from never feeling like I fit in. I wasn’t white enough for the white girls, and I was not quite black enough to fit in with the black girls. So, most of my friends were boys. That meant I was talked about by the girls, and as I began to develop breasts, I was then also teased by the boys. When the teasing stopped it turned into pressure to have sex. When I said no it cost me ‘friendships’ and my first relationships. I was molested when I was 12. By 16 I was smoking cigarettes and drinking. By the time I was 17. I equated sex with love and validation, so I gave in. I was desperate to be accepted. To say that didn’t quite work out in my favor would be an understatement. For years I struggled with self-esteem and knowing who I was.

All of those early childhood traumas remained unexplored and unhealed. I kept excelling and earning more money. Professionally, I was a success. Personally however, I was a functional trainwreck with life and love decisions being made from the place of inadequacy, awkwardness, and self-loathing of that scared and confused little girl from the back of the closet, who was desperate to have a man love her.

Her choices resulted in a failed marriage, 2 kids, and numerous failed relationships of varying degrees of abuse. Until April 17, 2012, when that relationship turned physically violent, and I was nearly killed. For the first time in over 35 years, I realized there was something wrong and I was the common denominator. I knew that night, I had to fix my life and that started with figuring out who I was, and why I was choosing the men I was choosing.

What I discovered among many things was how all of the unpacked baggage from my childhood had managed to manifest itself in my life in various. I realized that the grown up capable me had to begin calling the shots so that the little abandoned girl could heal.

My own healing journey led me to therapy, support groups, self-help, behavioral studies, and hundreds of interviews with women and men who are survivors of relational violence and who have struggled to find and maintain healthy relationships, eventually led me to becoming a success and recovery trainer and champion for domestic violence prevention.

I started my first nonprofit domestic violence foundation back in 2014 and recently re-established an entirely new nonprofit called, Nine Seconds Corportation. Unlike my previous organization that centered around awareness and survivor support, 9 Seconds is uniquely focused on providing actionable the training, and resources necessary to understand and reconstruct the Generational System that domestic violence is a symptom of. Our goal is to ensure that they have the information and tools necessary to change their life and secure their health, safety, and success permanently.

I tell our Advocate team all the time, we are not content to just address the flames, it is the source of fire itself that we are trying to extinguish. 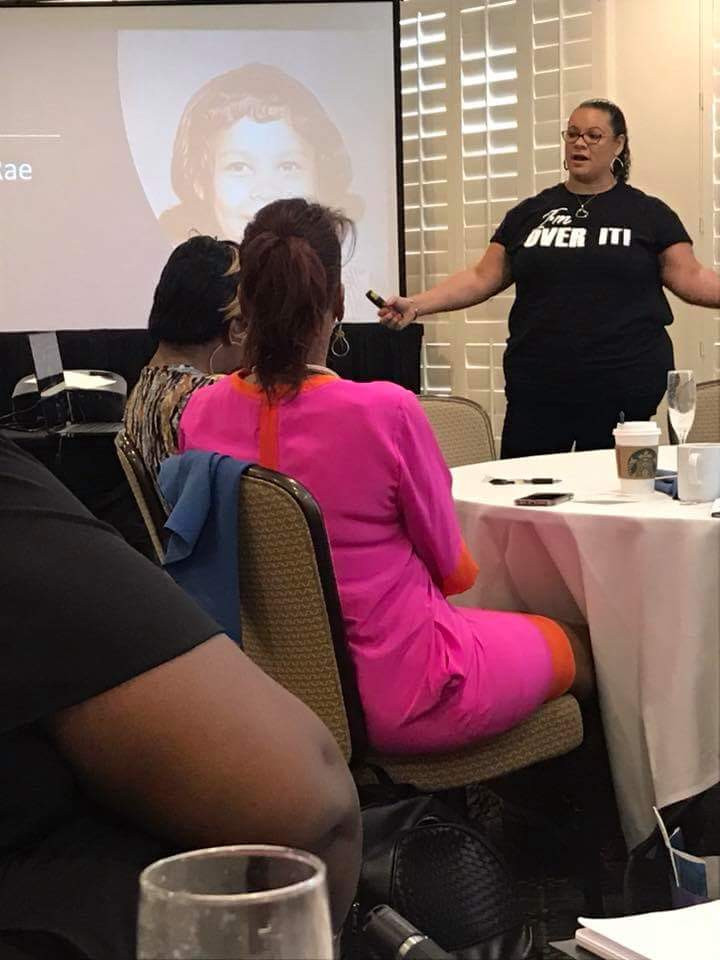 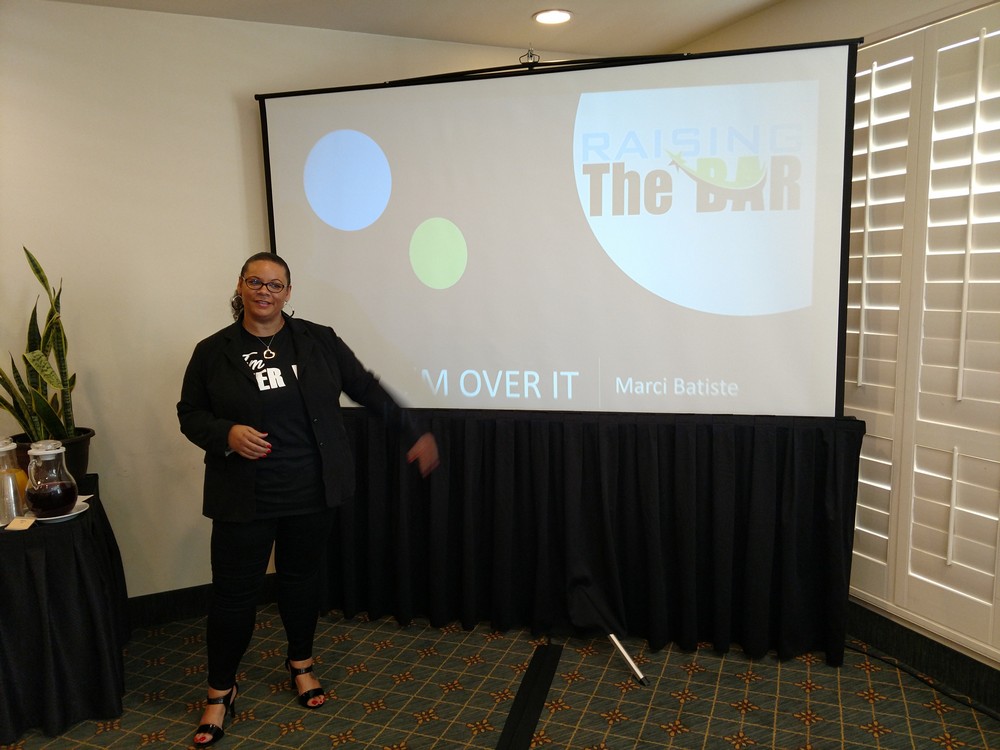 Alright, so for those in our community who might not be familiar with your business, can you tell us more?
I presently own and operate two companies. MBH Global 360 Consulting which focuses primarily on my coaching and consulting with individuals and businesses to teach how to successfully pursue and maintain sustainable change in life, relationships, and business. All of my public speaking, books, and training programs are under this umbrella.

The second, which I have mentioned previously is my nonprofit organization for domestic violence prevention, called Nine Seconds.

Lastly, I host a podcast on Blog Talk Radio called VOICELESS TO VICTORIOUS. Where I provide others with a platform to tell their stories, have their voices be heard, and hopefully empower and inspire others to begin to make some changes in their own lives as well.

Healing is hard and entrepreneurship is hard. But what I have come to realize in hindsight is that my ability to survive everything I went through growing up was also hard, but I did it. Somehow making out of my house alive while by being physically assaulted, beaten, and held hostage by a man who said he loved me led me was really hard, but I did that too. I also know that I did not do any of it on my own and without the covering of God. After the pain, I uncovered a passion and strength within me that I could not have known existed any other way, than to go through it all. I learned that there is power after the pain. Today, I believe 100% that everything that was hard along the way, was preparation for my purpose.

I promised God, face down on the cold tile floor a decade ago, in the midst of the beating that if he got me out alive, I would do something special with whatever time I had left. In turn, He got me out and gave me a testimony. Now I have a voice, and a platform. So, for me my Survival is a Responsibility. Reaching out and reaching back to help light the way for someone else to be able to tell their story, find their voice, and have a testimony of their own is an honor. 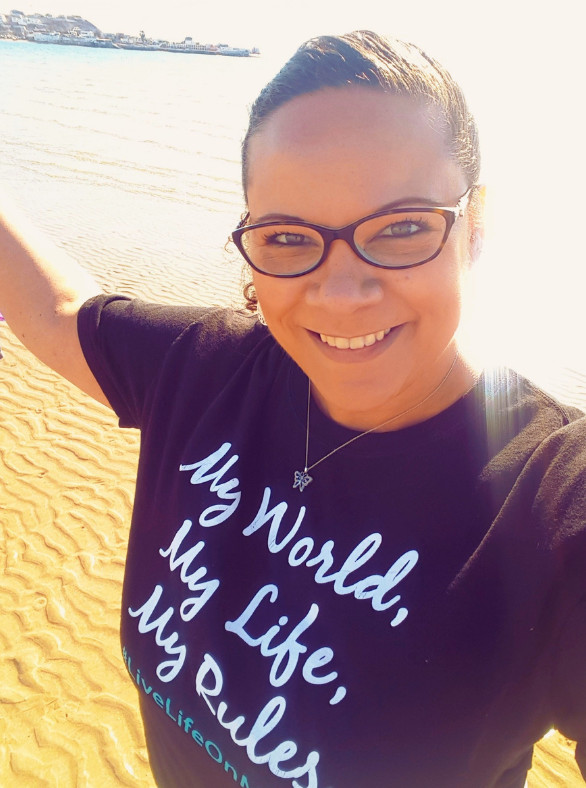 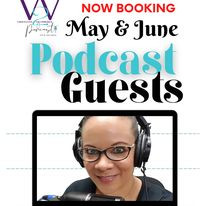 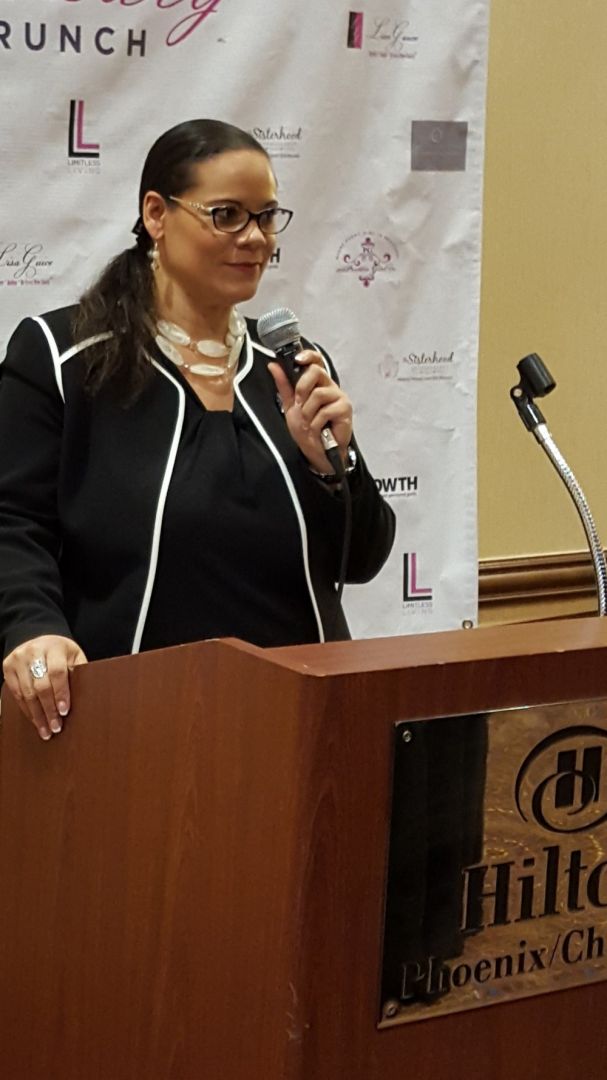 Let’s say your best friend was visiting the area and you wanted to show them the best time ever. Where would you take them? Give us a little itinerary – say it was a week long trip, where would you eat, drink, visit, hang out, etc.
A visit to Arizona is not complete without a trip up north to Sedona. Exploring the vortexes and prayer at the Chapel of the Holy cross. A day of hiking to get up close and personal with the magnificence of nature, then the following day a helicopter tour exploring the ancient caverns that you can only see by air.

Continue on up north to Flagstaff and the Canyon.

Then back down to the valley for some shopping in Old Town and lunch at Farm and Craft. 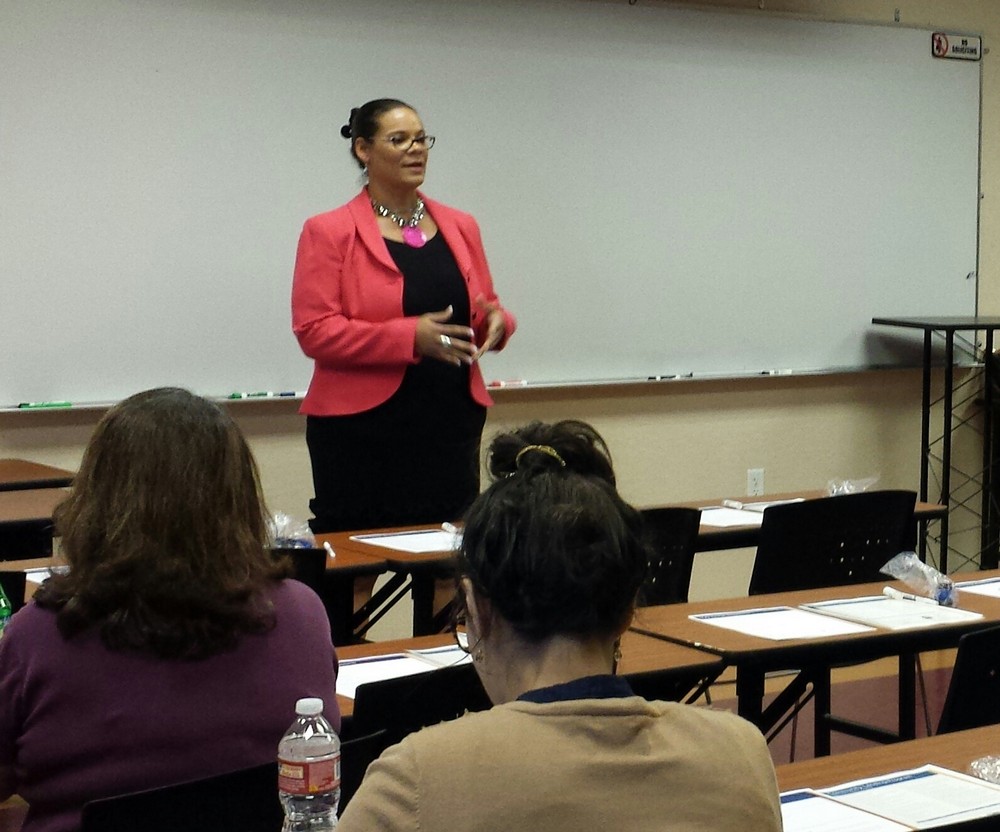 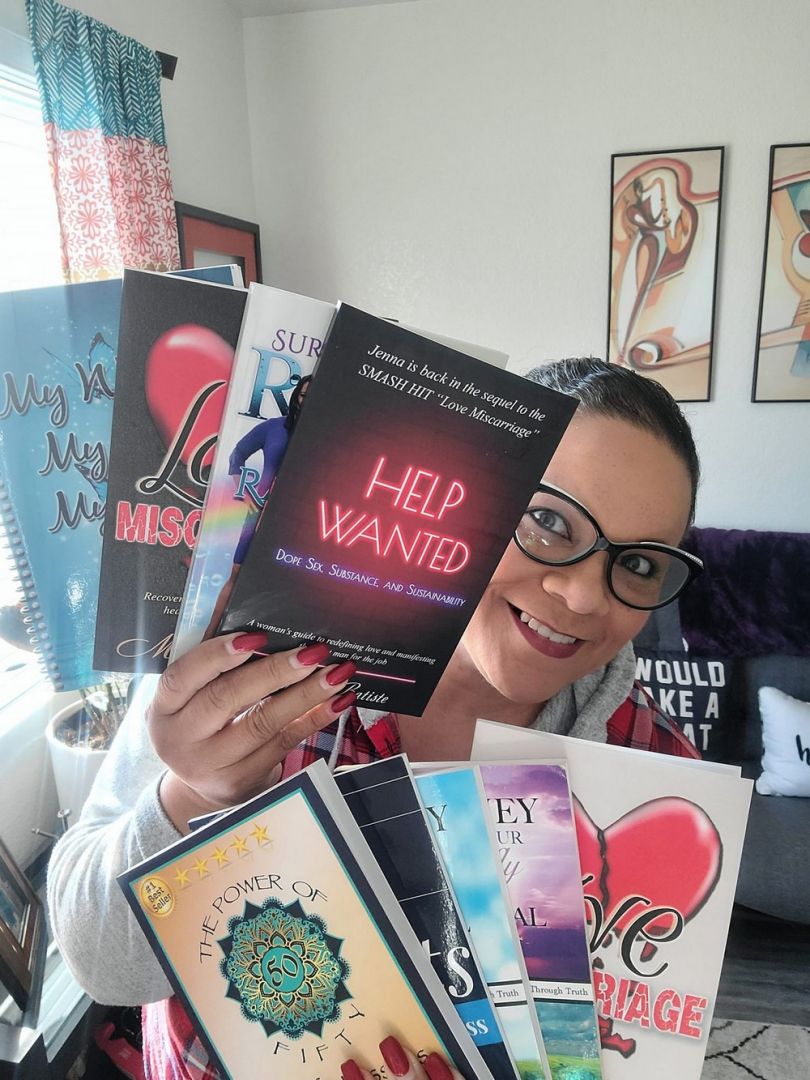 Shoutout is all about shouting out others who you feel deserve additional recognition and exposure. Who would you like to shoutout?
I’d have to say the most influential person that I would like to shout out is Dr. Will Moreland., who was my business coach for many years. It is to his credit that I had the courage to tell my story publicly and write my first book. He is also the person who encouraged me to dig deep with my work with survivors and start my nonprofit. Over the years he has become a trusted friend and remains one of my top personal and professional advisors.

One of the most influential books I read, was on my healing journey. It is a book called Loving What Is by Byron Katie. In that book she teaches a methodology of challenging our thoughts and comparing them against reality. Using her method of questioning I learned to successfully challenge negative thoughts and demoralizing self-talk. I use a modified version of this strategy to this day with my own coaching clients and in our prevention classes.